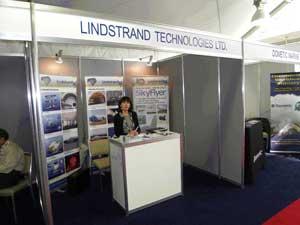 Lindstrand Technologies Ltd have made their first appearance at the International Tug and Salvage Convention in Vancouver, Canada from the 17th – 20th May 2010.

LTL registered as exhibitors in order to showcase their inflatable lift bags and fenders and other applications in air cell technology.

This is one of the biggest tug and salvage shows in the World and is held on a bi-annular basis. Other exhibitors included Rolls Royce Marine, Smit Engineering, John Deere & Mammoet (famous for their involvement in the raising of the Russian Submarine, the Kursk).