News
You are here: Home1 / News

We have now opened an area that contains the latest gear available from Lindstrand Technologies right Now!
This includes Balloon Envelopes, Baskets, Burners, and Ex-demonstrator Balloon Envelopes. The items are either on the shelf ready-to-go, or currently in-production and soon to be available.

For further details check out our For Sale Page.

The new PTB Brochure is now available.
It contains information relating to our latest product:
PTB-2019-Brochure

If you would like more information consult the product page. 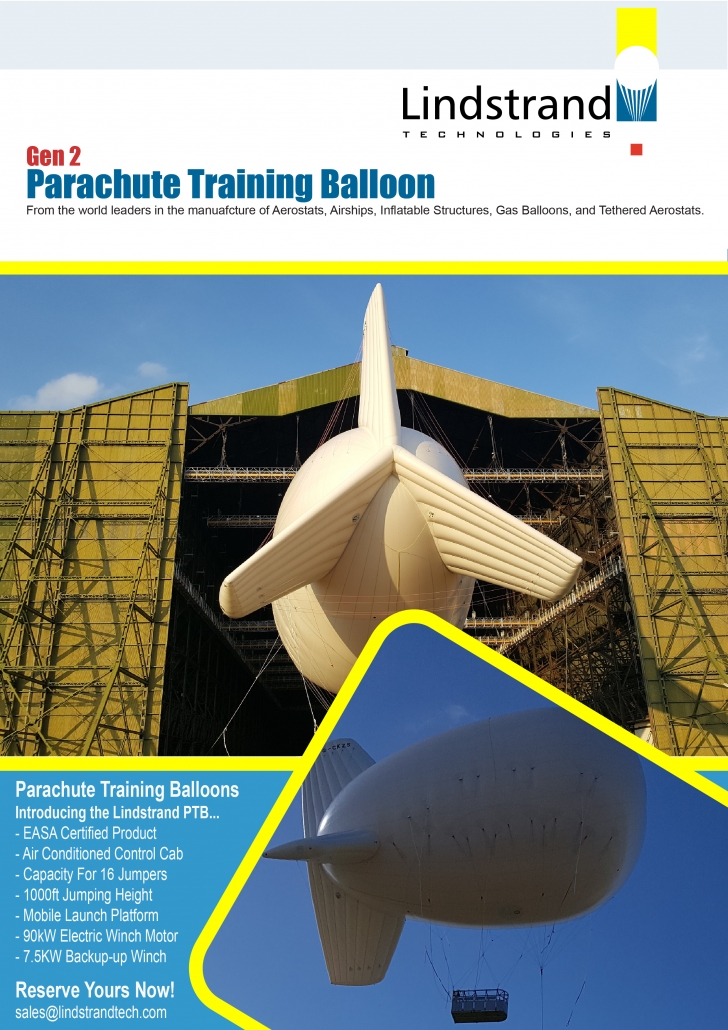 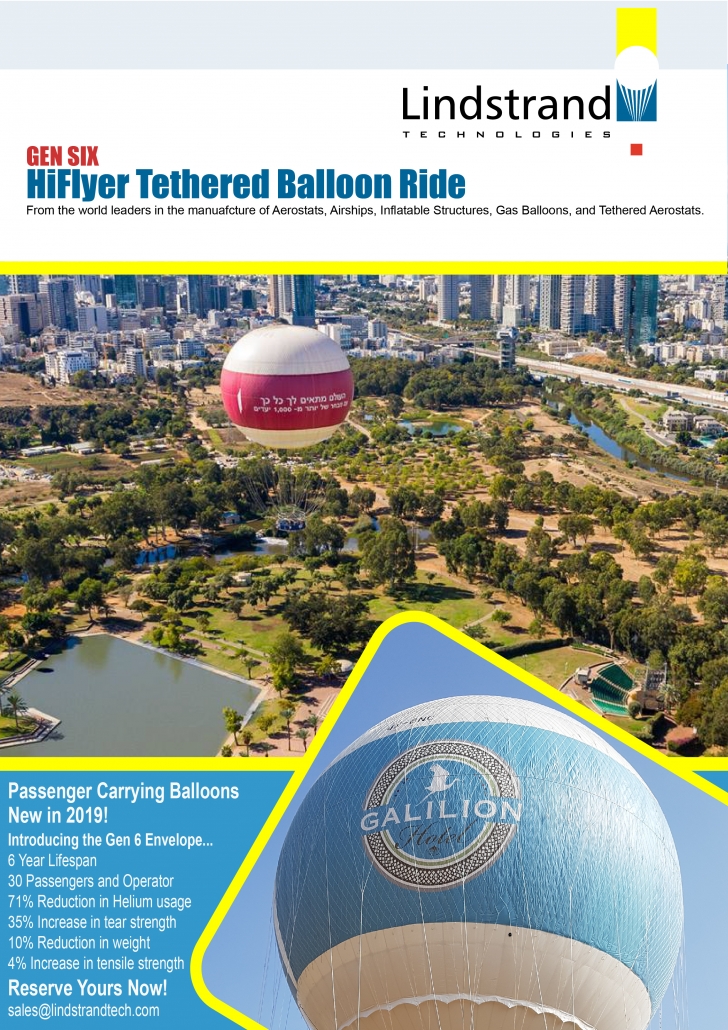 Team Lindstrand took the road this Summer on a ballooning tour not only attending Metz 2019 but also adventuring down the sunny valleys of Sagrantino, Umbria.
Once again attending the event in Italy with our repair station and balloon team, which including the EMOJI Balloon. 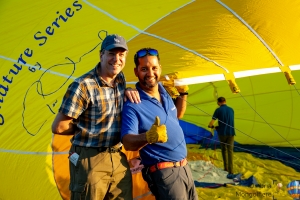 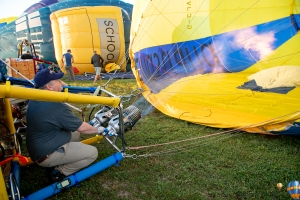 Spectacular 10 days of flying with teams from all over the world! 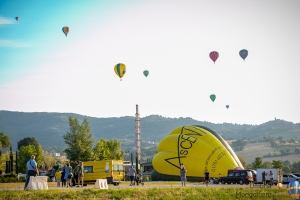 We had the pleasure of Night Glowing outside Todi cathedral on the last evening of the event, which ended the trip on the high! 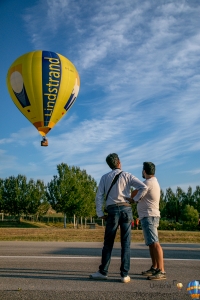 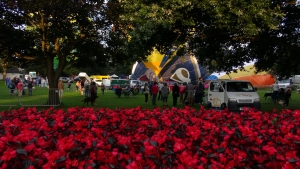 The event once again in aid of Nightingale House Hospice saw an array of 30+ balloons ranging from all shapes and sizes. To carnival entertainment which saw dance displays, fire performances and live music.

The weekend was graced with a sunny heat wave which brought the town to life! Good weather also meant the balloons were able to make all 5 slots over the weekend including tethering in the afternoon both days and the now locally famous Saturday evening Night Glow, which this year was sponsored by Lindstrand and themed as the Greatest Showman! 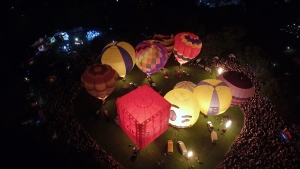 The event made over £30,000 for the hospice, thanks to all the help from the volunteers and supporters.

Details for Oswestry Balloon Carnival 2020 will be released soon.

For up to date information on the Carnival please visit, Oswestry Balloon Carnival  or follow the event on Facebook at @oswestryballooncarnival 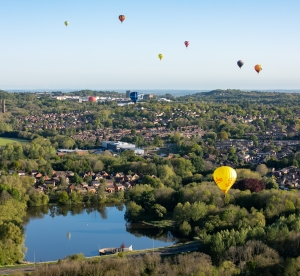 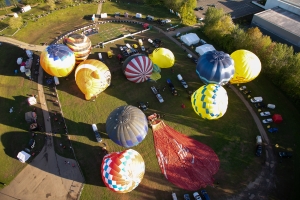 From a personal perspective, Sunday morning was a training flight for me and it was wonderful to fly alongside 30 other balloons in a part of the world not overly familiar with ballooning in gorgeous Shropshire countryside. Flying in a balloon gives you such a different perspective on the landscape, and flying over a town or city can provide just as many tranquil photo opportunities as flying over the countryside. In this instance we were able to achieve both, with spectacular views of Telford and the surrounding industrial area, including the giant cooling towers at Ironbridge Power Station, when we took off. We then tracked slowly south, following the River Severn, landing in a nice big grassy field near Sutton Maddock.
The remainder of Sunday saw clear blue skies and light winds, so the crowds flocked to the QEII arena, where tethered balloons were on display, including Lindstrand’s Wes the Wolf, and food and drinks stalls, a fun fair and the second day of the World’s Strongest Man competition kept people entertained. 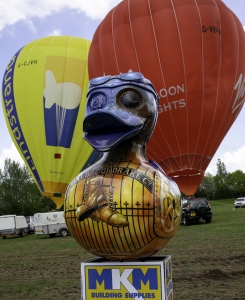 The entire event was free for the people of Telford and injected a tremendous boost to the local area, with families flocking to the town park in their thousands for 2 full days of food, drink, fun and hot air balloons.
Lindstrand Technologies organised a wonderful display of hot air balloons across the weekend and now turn their attention to balloons meets in Metz, France and Todi, Italy before the Oswestry Balloon Carnival returns in August. 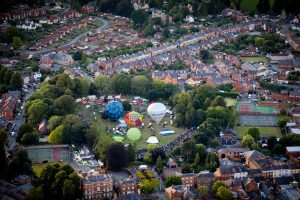 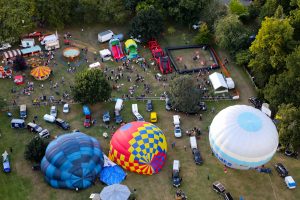 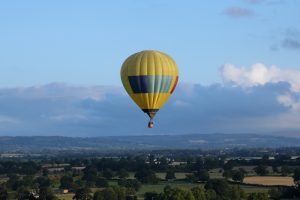 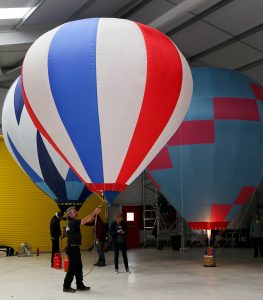 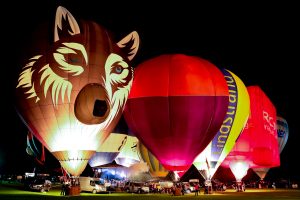 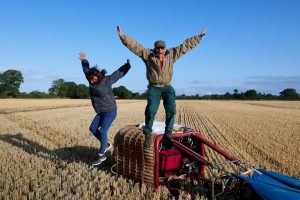 Lindstrand’s managing director, Per Lindstrand speaking at the FAVIA conference in the USA today. 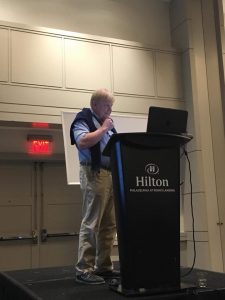 Fantastic day at FAVIA celebrating the first manned balloon flight in the USA. 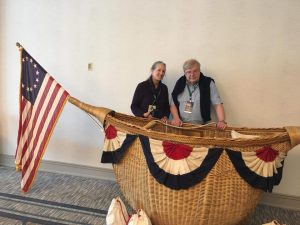 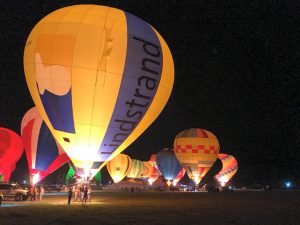 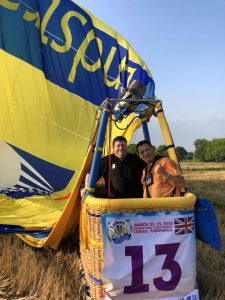 First flight of the Lubao International Balloon Festival, in the Philippines