News
You are here: Home / News

Our Managing Director, Mr Per Lindstrand will be speaking at this years FAVIA 225 event in the USA.

FAVIA 225 is thrilled to announce Per Lindstrand as a speaker at the convention! Per, with his years of adventure and innovation, is sure to be a can’t miss hour during the event!

Swedish-born, Per Lindstrand is a remarkable aeronautical engineer, pilot, and adventurer who has earned worldwide recognition for his achievements in breaking through the boundaries of lighter-than-air technology. He has held every absolute world record for hot air balloon flights in terms of distance, duration, and altitude; and is particularly known for his series of record-breaking trans-oceanic hot air balloon flights and attempts to be the first to fly a Rozière balloon around the Earth with Sir Richard Branson and Steve Fossett.

Per has received numerous awards for his achievement and outstanding contribution to the aeronautical industry including the Royal Aeronautical Club’s Gold Medal presented by Prince Andrew in both 1989 and 1991. In 1988, Per received the Royal Aeronautical Club’s Britannica Trophy presented by Lord Brabazon, as well as America’s most prestigious flying award, the Harmon Trophy, presented at the White House by Vice-President Quayle. Per has also been recognized in the Guinness Hall of Fame. Per not only flies balloons, but all other aircraft as well. He holds an airline transport pilot license for airplanes and helicopters and a commercial license for auto-gyros, airships, and gliders.

Founder of Lindstrand Technologies Ltd, Per’s numerous world record attempts have been crucial to the continuous innovation of his company. He holds a PhD in Aeronautical Engineering from Wolverhampton, UK and a MSc in Aeronautical Engineering from Gothenburg, Sweden. Since 1990, he has designed and built: a 2,600,600 ft³ hot air balloon which successfully crossed the pacific; a 1,100,00 ft³ Roziere balloon for the Virgin Global Challenger attempt to circumnavigate the World; and a 200,000 ft³ helium 30 passenger tethered aerostat.

Liveryman of the Guild of Air Pilots and Air Navigators

Board Member of GAPAN’s Training and Education Committee

We were delighted to welcome 25 Swedish balloonists to our facility recently for a maintenance and repair course. The team were able to have hands on experience with various manufacturing techniques. If you are interested in learning more about our hot air balloon maintenance course, please contact us. 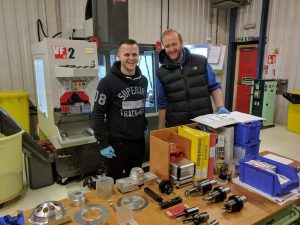 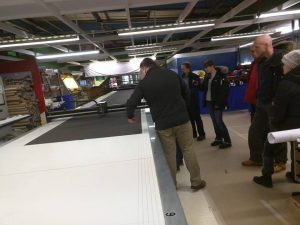 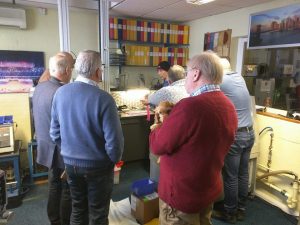 Our SkyFlyer has recently been inflated for operational testing at its new home. We are very excited for this mile stone and it marks an exciting new development for tethered passenger aerostats. 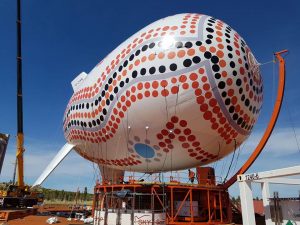 In addition to our popular HiFlyer the SkyFlyer will open up new markets for operations and we are excited for the new opportunities this major leap forward in tethered gas aerostat technology. The Lindstrand team had a stunning view from the top of the SkyFlyer during the installation, bonus points if you can guess where they are. 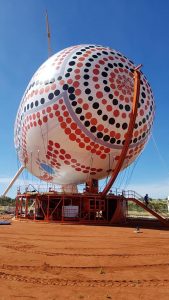 Many of you spotted the LTL-180 on celebrities go barging on channel 5 this evening, thanks for the messages. For those who didn’t you can check out here. Flown by our dealer Boris Nigrowski of Montgolfiere Du Perigord, France.

Mondovi has a rich history of ballooning with the city becoming synonymous with balloons. 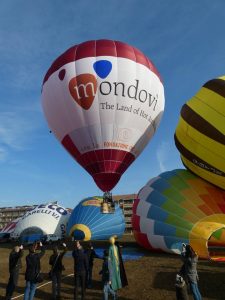 Recently the city decided to commission their first hot air balloon and we are delighted they chose Lindstrand Technologies to build it. 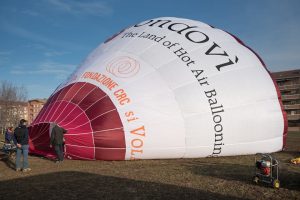 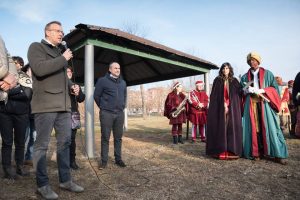 The balloon was launched this AM with a gaggle of balloons taking to sky with the new balloon.

Telford Balloon and Kite Festival, 12-13th May 2018. Balloon entry is still open. If you would like to enter a balloon/s please email: lorna.hankey@lindstrandtech.co.uk

**Pilots will have free gas and camping at this event. The campsite will be offering a bar facility and Bacon butties in the AM.

We are excited to announce that we are working with Telford Council to help celebrate their Telford 50 Kite and Flight Festival, on 12th-13th May 2018. In celebration of Telford turning 50! There are currently 50 Balloon entry places for the weekend. If you would like to get involved and enter your balloon please contact Lorna Hankey via email at lorna.hankey@lindstrandtech.co.uk

You can check them out here

Per Lindstrand announces our new prototype composite fuel cylinder. A significant leap forward in balloon development #innovation #blueskies#lindstrand #hotairballoons further information will be announced as we progress with this exciting project.

If you’re heading to the Icicle this weekend come and say hello at the Lindstrand stand. Per will be there on Saturday at 1400 to make an exciting new announcement.

Commuters on the 405 freeway in Los Angeles will be greeted by the new sight of the #GoodyearHangar today. Check out these fast facts that make it the largest inflatable structure of its type in North America!

Check out the article here.